In early 2007 Steve Jobs announced the very first iPhone. Designed to “reinvent the phone,” Apple’s iPhone has revolutionized smartphones and shaped the industry into what it is today. The first iPhone mixed a capacitive 3.5-inch multi-touch display with touch-optimized software in a simple package that was unlike anything else on the market. Over the last seven years, Apple has refined and tweaked its iPhone into what it is today: the iPhone 6. 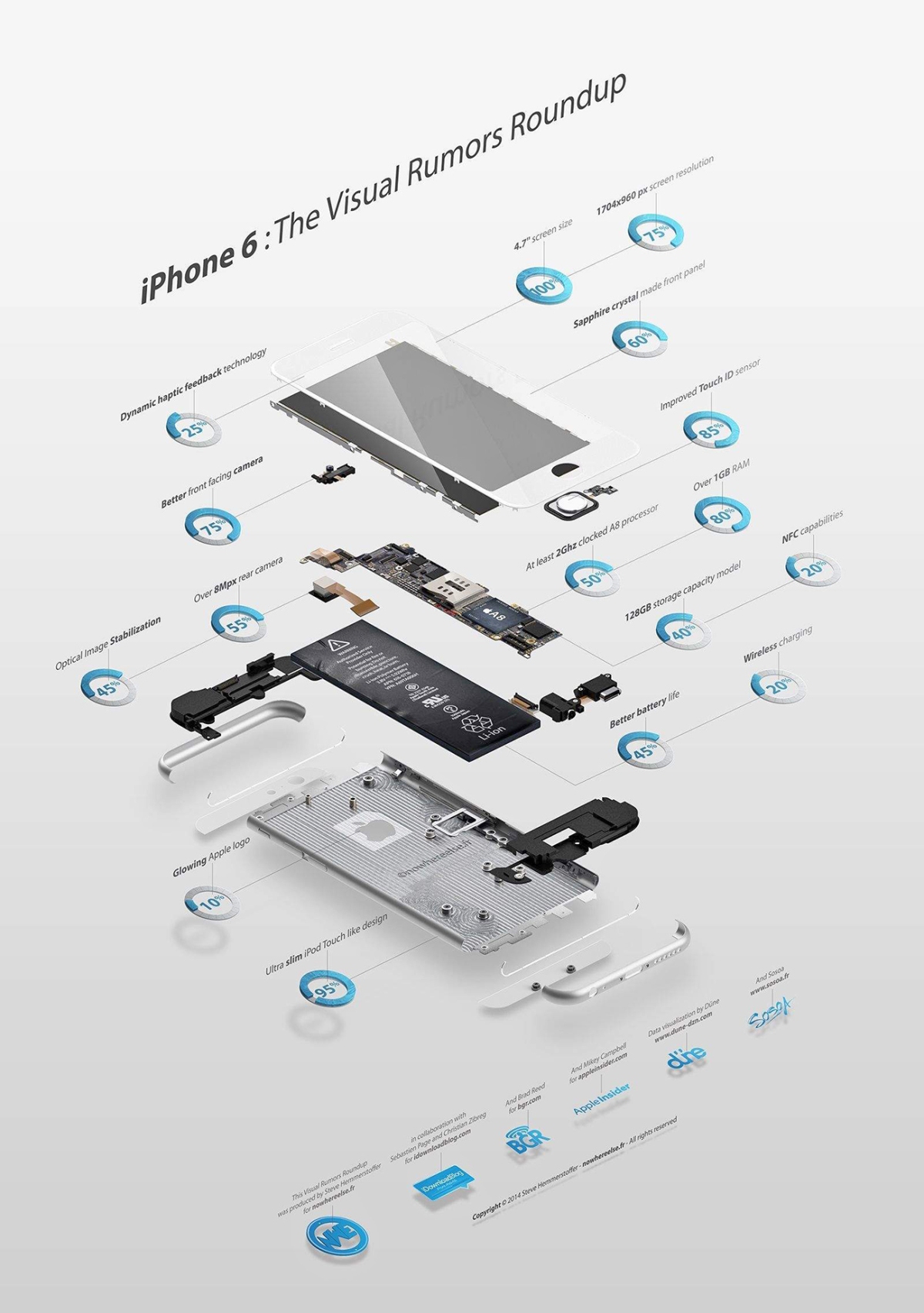 Apple has used combinations of metal, plastic, and glass to shape and form its ideas of what a modern smartphone should look like throughout the history of the iPhone. Major redesigns with the iPhone 4 and iPhone 5 saw Apple push the boundaries of smartphone hardware, all while competitors were catching up. Now that the smartphone industry is moving to larger screens, Apple has been forced to respond with the iPhone 6 and iPhone 6 Plus. Read on to see exactly how Apple evolved its iPhone hardware over the years, in our history of iPhone.

2 thoughts on “The History of the Apple iPhone – Infographic”