Rhode Island’s unemployment rate has ticked up to 4.3 percent.

The state Department of Labor and Training said Thursday the jobless rate for July was up one-tenth of a percentage point from the June rate.

It’s still significantly lower than in previous years, when it reached peaks of more than 11 percent during the recession. The July 2016 rate was 5.4 percent.

The national unemployment rate was also 4.3 percent in July. That’s down one-tenth of a percentage point from June.

The state says the number of jobs in Rhode Island overall is up 8,500 from a year ago.

I’ve seen this happen more than once. Once, when I was a Product Manager in charge of a product line we made the mistake of promoting an Engineer into Marketing. As soon as he put on that white shirt and tie he suddenly thought he was “somebody”. From a demure, curious Engineer he became an imperious Know-it-all who knew nothing and embarrassed himself. But then it got worse. He attended some day-trading seminar and now he was going to get rich overnight. He was on the phone with his broker constantly, buying and selling and never completing his assigned tasks. We had lost all respect for him.

But the worst came when we were sent to a trade show in Las Vegas. He showed up at the booth without a belt. Our management considered us under-dressed at the office if we wore sport coats instead of two piece suits and he was showing up to attend customers without a belt. Our manager was aghast. They sent him out to buy a belt. He missed the first four hours of the show. But it got worse. We were in Las Vegas and when the booth closed he hit the tables. He was there all night, losing money by the thousands. When the show opened the next day he didn’t show up for two hours and when he did show up it was in the same clothes. He was unshaven and reeked of booze. He looked like Hell and he was shaken. He had lost so much money he couldn’t think straight. The boss sent him to get cleaned up. He never returned. He went back to the tables. By the end of the show he had lost his house. He was a wreck on the plane going home. He had no idea what he was going to tell his wife. The following work day he showed up in his suit and tie – and the boss and HR were waiting for him. He was walked out within minutes. In less than a week he had lost all his savings, his house and his job. I never saw anyone so broken in so short a time.

Another time I worked with a crackerjack engineer who was a non-conformist. This was well-accepted in the company and is usually tolerated in most companies. But as the company’s fortunes waned he became more and more erratic. The company was in a death spiral and it seemed to affect him deeply. People were bailing left and right but he had been there for 17 years and it was his life. The products he built were like his children. He was way too invested in the ongoing success of the company and he railed against anyone and everyone whom he thought was impeding the success of the company. The problem was that the products were too weak, the competition too strong and the sales force too incapable. In addition, Management was absolutely clueless.

In a few short years we had spiraled downhill from well over 120 million dollars annually to about 20 million and falling fast. I was on my way out along with anyone who still had even half a clue – the writing was on the walls. There was no way to save this pig. And then we needed him to go onsite to talk to our last big customer, the one customer who was keeping the company solvent. He was needed to explain how we would incorporate the features they needed. In fact, there was never any plan to do what they wanted – we no longer had the ability to accomplish it and make a profit so the goal was to stall them or convince them why they didn’t need the features. But when we were all sitting around the table with the customer, on their site, and he was asked to speak, he said, “What the hell is wrong with you people? You’re suckers. We’re never going to make these changes. Ever. Get used to it.” 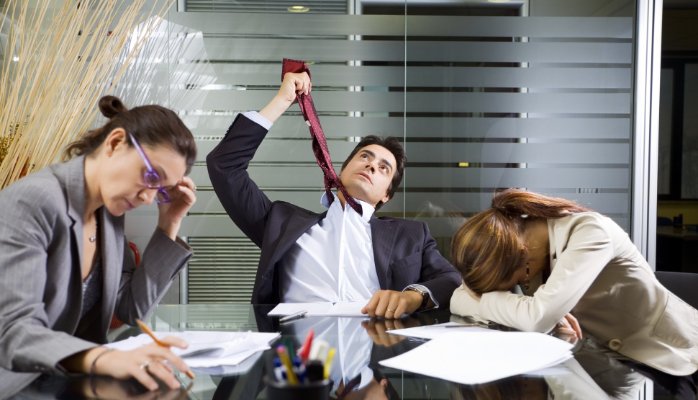 I have never seen such a meltdown in front of a customer before. Silence reigned. What can you say after that? The meeting broke up. He was fired instantly – but he couldn’t understand why. When HR came to his office, he locked the door and refused to leave. We had to call the police. He had to be physically carried from the building. It was not a building with card-keys, but with a real tumbler lock and he had keys. We had to change all the locks on the building. He would try to enter the building through the loading dock and sneak back to his office and do work. The police were called more than once. His wife would come and take him away. When he couldn’t get in he would hang around the door with his big dogs and frighten the hell out of the employees. Legal action finally had to be taken. He was mentally destroyed. He eventually got a job as the most junior technician at some other failing company. He was no longer capable of functioning as the senior electrical engineer he had once been.