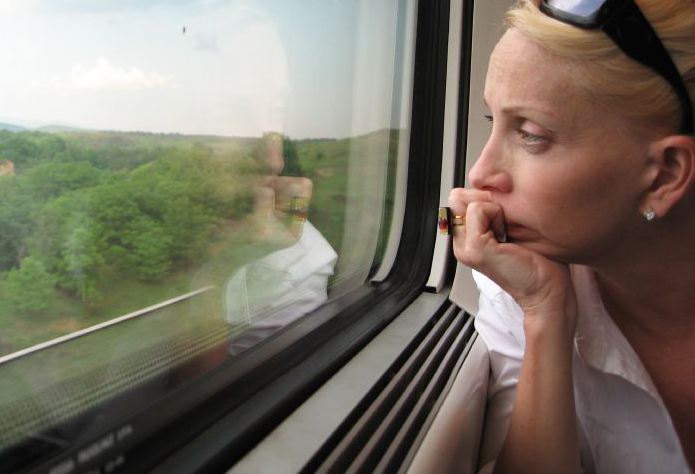 Depression for me has been like that ratty pair of pajama pants you put on at the end of the day. You haven’t washed them in ages, there are holes in inappropriate places, and you know you ought to just toss them. But it’s so comfortable, and if you’re being honest, you’d rather wear them all day, every day.

At some point, you’ve been wearing those pants for so long that you don’t even notice how ratty they are. You don’t realize that they’re not your favorite pants anymore – you’re wearing them out of habit. You’ve seen some new pants that LOOK comfy and are your style, but it would take energy and money you don’t have to go out and buy them. Plus, the old ones have been through a lot with you. It would feel uncomfortable to wear anything different at this point, even if you’d be happy (in some respect) with something new.

It takes a lot of effort, but maybe one day, you buy those new pants. You’re a step closer to change, even though you don’t wear the new pair right away. The old pants know your worst aspects, and there’s comfort in that.

Eventually, you can wear the new pants for a few minutes at a time. Then a few hours. You might get through a whole day in them. But you still don’t feel truly at home until you slip on the old ones.

After a few wearings and washings, the new pants don’t feel so foreign anymore. You’re starting to figure out how they fit into your life. One day, you come across the old pants in the bottom of a drawer and think, “Man, these are so comfy, but they’re falling apart!” You wear them again anyway. But maybe you notice you don’t like them as much as you once did.

Some day, you’ll be able to recognize that a particular sadness isn’t helping you. If you’re honest with yourself, you’ll never be able to throw it out, and that’s okay – depression has its place in life too.

Just don’t live in it.