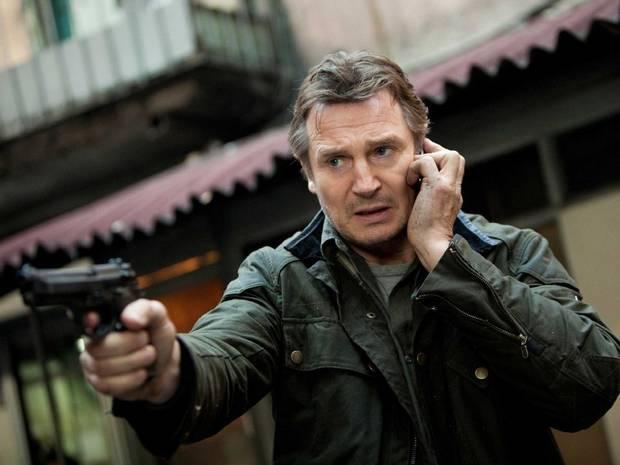 According to Variety, Neeson was asked on the red carpet for the premiere of Mark Felt: The Man Who Brought Down the White House about his “retirement” from the genre, the actor responded with a laugh:

“It’s not true, look at me! You’re talking in the past tense. I’m going to be doing action movies until they bury me in the ground. I’m unretired.”

In March 2015, the Taken and Non-Stop star said he would likely retire from making action films within two years time. “If God spares me and I’m healthy,” Neeson responded when asked how much longer he could star in action films. “But after that, I’ll stop [the action] I think.”

“I’m in a very, career-wise, great place,” Neeson added in the 2015 chat with The Guardian. “The success of certainly the Taken films, Hollywood seems to see me in a different light. I get sent quite a few action-oriented scripts, which is great. I’m not knocking it. It’s very flattering. But there is a limit, of course.”

And just a couple of weeks ago, Liam told reporters that he felt he was getting too old to lead films where he’s knocking out bad guys and engaging in large-scale battles, despite how lucrative the opportunities are.

“The thrillers, that was all a pure accident,” he said. “They’re still throwing serious money at me to do that stuff. I’m like, ‘Guys, I’m sixty-f—ing-five.’ Audiences are eventually going to go, ‘Come on.’”

For those who want to see more quality Liam Neeson movies of this sort, his comments to Variety are good to hear. The really good news is that he’s already got a couple of these movies on the way. The Commuter, which was directed Jaume Collet-Serra, who Neeson worked with on Non-Stop, Unknown and Run All Night, and is set to hit theaters on January 12 and is an action/thriller that takes place on a train. He also has Hard Powder coming up. That movie sees him as an angry snowplow driver who is seeking revenge on drug dealers who he thinks killed his son. Why retire when more movies like that can still happen?