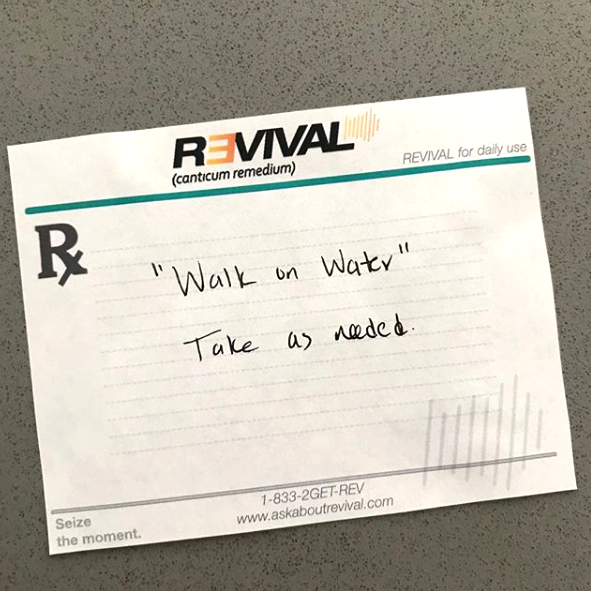 He also seemingly confirmed his new album will be titled ‘Revival.’

Eminem has seemingly confirmed the title of his upcoming album. After weeks of rumors and fake prescription ads popping up for the drug “Revival,” Em posted a mysterious image to his social media of a “Revival” prescription note on Wednesday (Nov. 8) and teased a possible new single off his highly-anticipated album.

The “Revival” prescription note follows the same design as the fake ads that began to circulate on the internet back in October. The note simply read, “‘Walk On Water'” and “Take as needed” with a website link at the bottom of the page.

If you head to the website and quickly examine the content, you’ll find a list of health conditions the prescription drug Revival is supposed to treat. “Tell your doctor about all health conditions, including if you: Have a history of confusion or poor judgment; Are allergic to midwestern tympanic stimulators; Are pregnant or nursing,” the list reads.

While Em hasn’t officially announced the title of the album or release date for “Walk On Water,” he’s set to appear on Saturday Night Live on Nov. 18 and should likely have some new music to share by then .